A finely tuned calcium signaling system is known to regulate many cellular functions, such as gene expression, and thus, cell function and survival. Calcium is sequestered into intracellular organelles; the largest store being the endoplasmic reticulum. Upon inositol trisphosphate (IP3) stimulation of non-excitable cells, calcium shuttling between the ER and mitochondria, facilitated by complexes called Mitochondria-Associated ER Membranes (MAMs), is known to play an important role in the occurrence of cytosolic calcium oscillations. During stimulation, calcium concentration in the ER-mitochondria microdomains can reach up to 10-fold higher values than in the cytosol, enough to active the low-affinity mitochondrial calcium Uniporter and allow for calcium uptake from calcium released from the ER via IP3 receptor channels.

Our lab has developed a mathematical closed-cell compartmental model in order to elucidate the role of ER-mitochondria microdomains in endothelial cell dynamics. Below, we provide a link to download a graphical user interface which allows for changing model parameters in order to see the real time dynamic changes in the cell.

Model can be downloaded here! 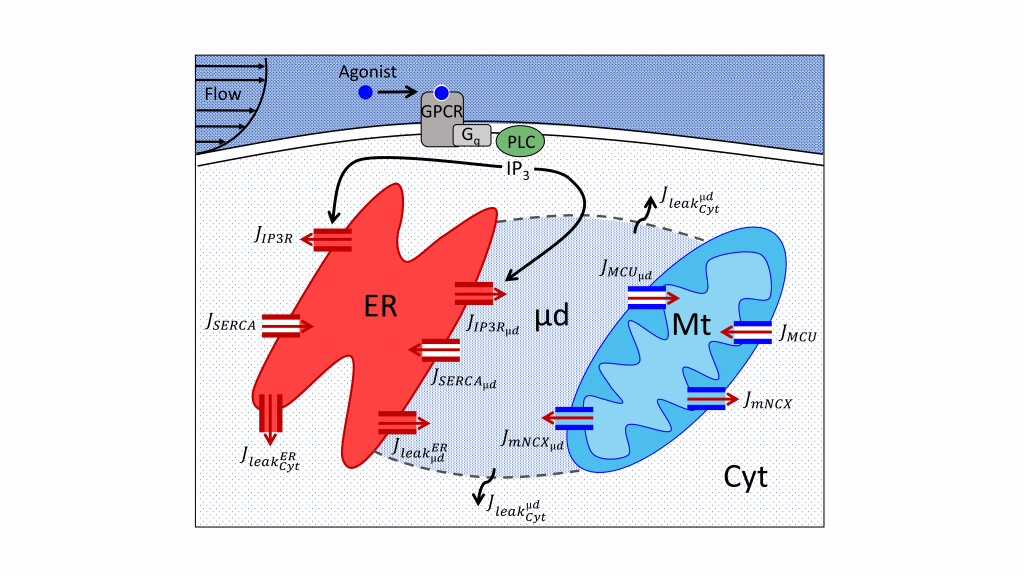 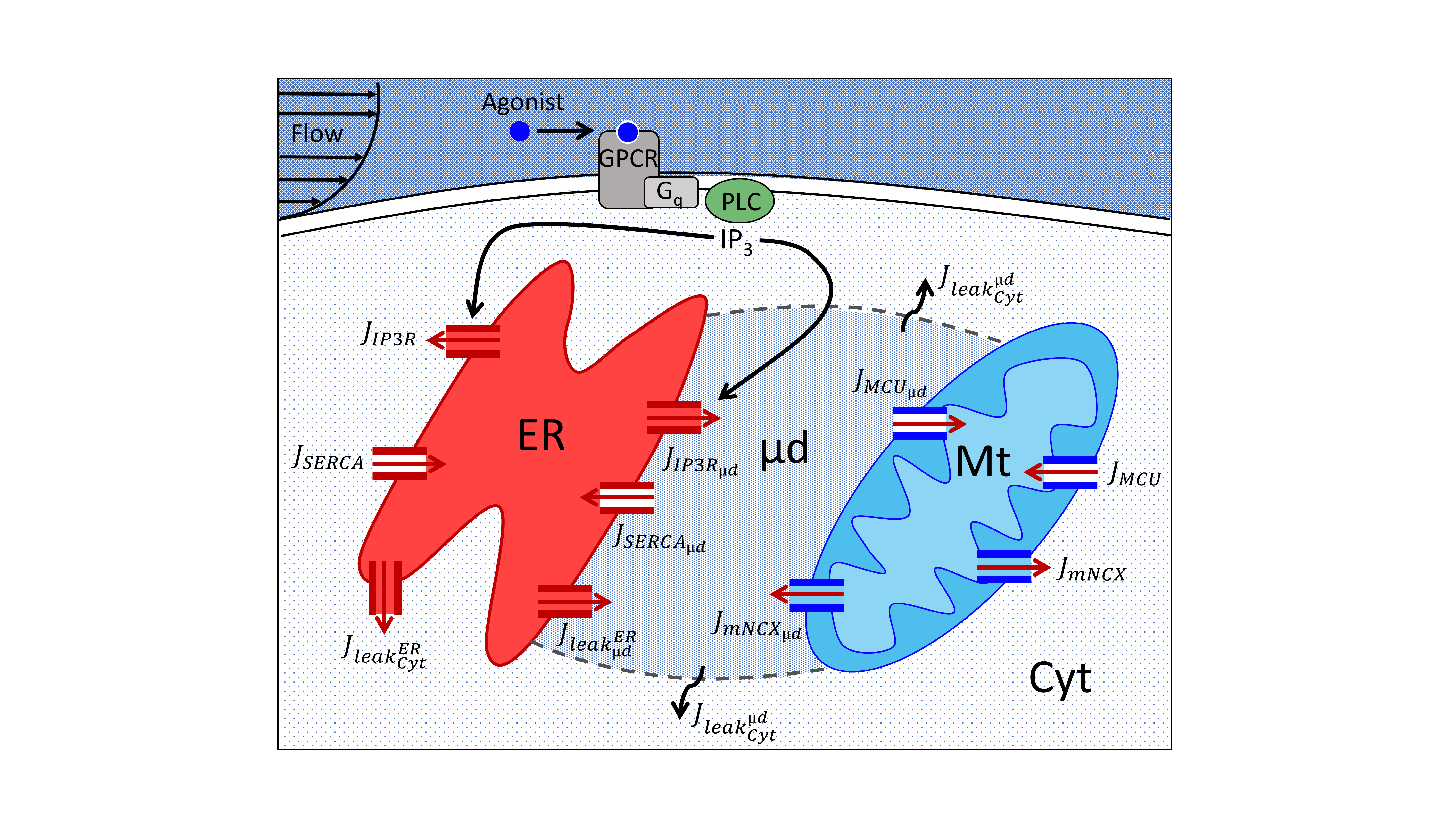